In 1881, the air in Chicago is rife with worker discontent, yet business titan Doyle Flanagan is hopeful for the future. He looks forward to a lifetime of peaceful bliss with Cady Delafield and leaving the wretched past behind. But his life is once again thrown into disarray when his office is vandalized and the night watchman viciously murdered. Clues lead to a powerful organized labor movement. Targeted in the press as anti-labor and with a big rally staged next door to his offices, Doyle must uncover the culprits before his wedding plans and his livelihood go up in smoke.

Plagued by memories of four brutal deaths, school director Cady Delafield is determined to drive the recent tragedies from her mind and enjoy being courted. Although his commanding personality threatens to overshadow her, Doyle Flanagan is the most dynamic man she's ever met. When another tragedy unfolds placing him at the center, she takes action--action that could shatter her future dreams. 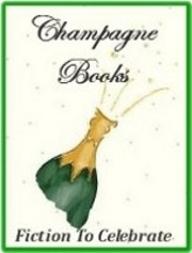 A man obsessed, a woman willing to risk it all...

When Doyle Flanagan finds two strangers in his library--one dead and the other the beautiful but meddlesome Cady Delafield, his life begins to unravel as all clues point to him for the murder. As the sexual tension sizzles and Victorian conventions crumble, Cady risks job, reputation and family ties to help him clear his name. Even as his life hangs in the balance, his passion for her drives him on. But will the truth about him be the one thing to scare her away? 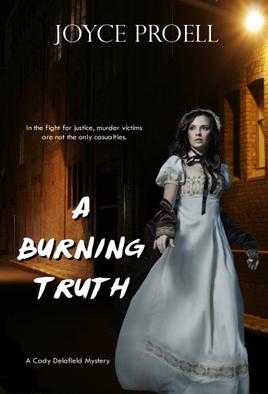 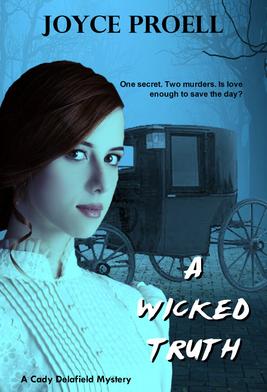 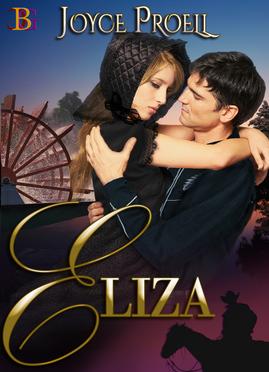 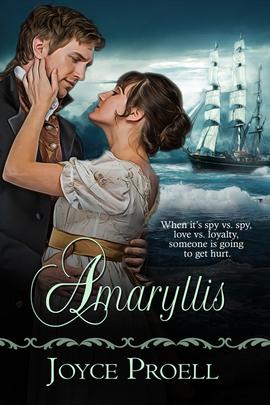 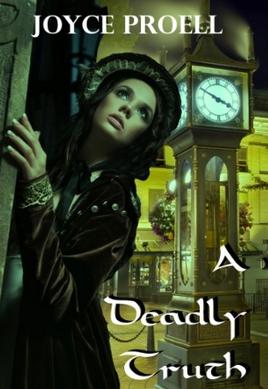 ​When it's spy vs. spy, love vs. loyalty, someone is going to get hurt.

Lily Fitzhugh is desperate to get to America when her father is imprisoned as a traitor against the Crown. To gain passage, she accepts a dangerous job: To sneak aboard a ship headed to New York and spy on suspected colonial patriot Griffin Faraday.

Griffin Faraday doesn't have time for a beautiful, tempting stowaway--especially one he can't trust. He has a secret shipment of guns to deliver to General Washington and the Continental Army. Nothing can get in the way. But when the ship's captain orders Lily sent away with pirates, a sure death sentence, Griffin must propose something else entirely: Marriage, the absolute last thing he wants.

Now Lily and Griffin are trapped in the close confines of his cabin, locked in a dangerous cloak and dagger game, two spies hiding the truth while they try not to fall in love. Thrust into a world where deception and silence are the rule and political loyalties can mean prison or death, Lily and Griffin must face their greatest challenge--learning to trust each other.

The wedding date is set, and life is magical for Doyle Flanagan and Cady Delafield. Yet trouble has a way of finding these two. Honor bound to repay an old debt, Doyle agrees to help a friend find her sister. As he searches for the girl, painful memories surface, stunning Cady when she discovers facts about Doyle's hidden past.

In spite of incredible odds, Cady and Doyle's love has flourished. Now mired in tragedy and secrets, their happiness is in jeopardy. Their wits are put to the test when catastrophe strikes close to home threatening those Cady loves the most. Can they overcome the turmoil with a fateful decision that will change their future forever?

Strong-willed Elizabeth Douglas is determined to escape her abusive marriage and live a solitary life. Posing as a widow, she travels by riverboat to the Minnesota frontier, but her safety is compromised when her cover is revealed and her husband is set on her trail. As troubles mount and dreams of a peaceful existence erode, she is forced to accept help from a man whose alluring presence and steady nature tugs at her heart and rocks the very foundation of her well-laid plans.

Attorney and widower Will Heaton hides his loneliness behind an aloof façade. Content to observe rather than act, he is reluctantly drawn to the young widow whose evasive comments and skittish behavior pique his curiosity. When he sees her tormented by the same man he believes killed his wife, Will accepts this as a second chance to redress wrongs and redeem his honor.